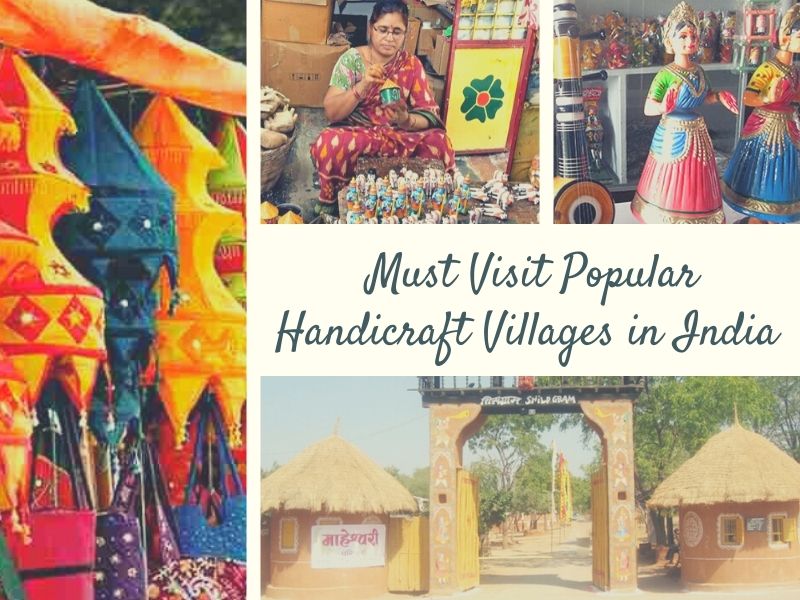 India is undoubtedly rich in handicrafts and art. And the origin of Art in India lies in rural area.

Let’s visit and explore some of the famous handicraft villages in India who have preserved the traditional art & craft making. India should be proud of these villages.

The artists spend their entire life passing on the legacy to their generations and the art survives from centuries. Here are some must visit Popular Handicraft Villages of India.

One should always visit these villages to know the real essence and the colors behind the Art and handicrafts. We tend to just see these as a product at a shop or market. But this journey can reveal many stories and life of the art which has time traveled many years.

People of many villages in India had inherited the skills of art and craft from their ancestors and continue to produce various handicrafts, that have very good demand not only in Indian markets but in international markets also. Crafts village also act like a market as you can buy the artifact of your choice in rather cheap prices than in the general market.

It is such a wonderful thing that may NGOs have come forward and have bridged the distance of creating the products and earning a business for these village artisans.

Shilpgram is a art and craft place situated in Udaipur. The meaning of the term ‘Shilpgram’ is the ‘village of artisans.’ They host craft festival nearly every year to preserve the craft of the nearby places. The unique art and crafts festivals are hosted to showcase and motivate the talent of their traditional workers with pride. 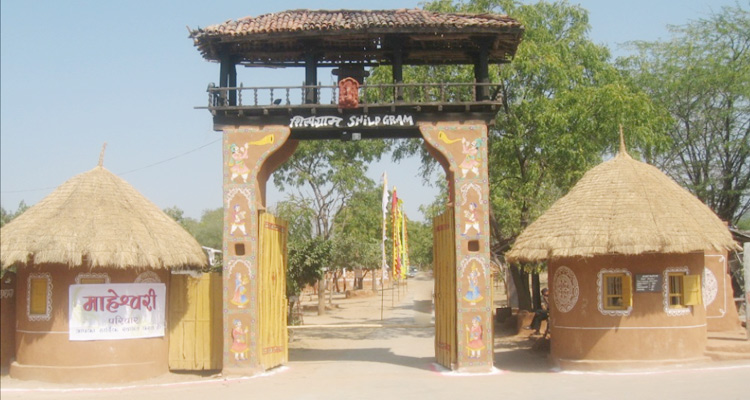 It is a place where history, culture, and heritage are bound together to offer a ravishing image of glorious Indian past. Rajiv Gandhi inaugurated Shilpgram in the year 1989.

Though it is open on all days, but the best time to visit will be in the month of December , when the festival is celebrated for 10 days long. One can find many forms of art, craft, handicrafts, artworks. You will definitely feel rooted and proud to be part of that soil.


Raghurajpur village is a famous handicraft village in Puri District of Odisha. The village consists of artists only. Every house of that village have artists and the artistis walls speaks all of that.

In 2000, the village was chosen to be developed as state’s first heritage village and developed as a Crafts village by Indian National Trust for Art and Cultural Heritage (INTACH). Soon the village had an interpretation centre, commissioned artwork on the walls of the artists’ homes and a rest house.

One can visit the place, enjoy the heritage culture and also feel the love of the village. It is a favorite place for local and foreign tourists to explore the craft in detail. A must visit place for all art lovers.

Find all the handicrafts from each state of India.

Pipili , town famous for designing beautiful Applique handicrafts is located in Puri district in Odisha. It is thirty-six kilometres from Puri. 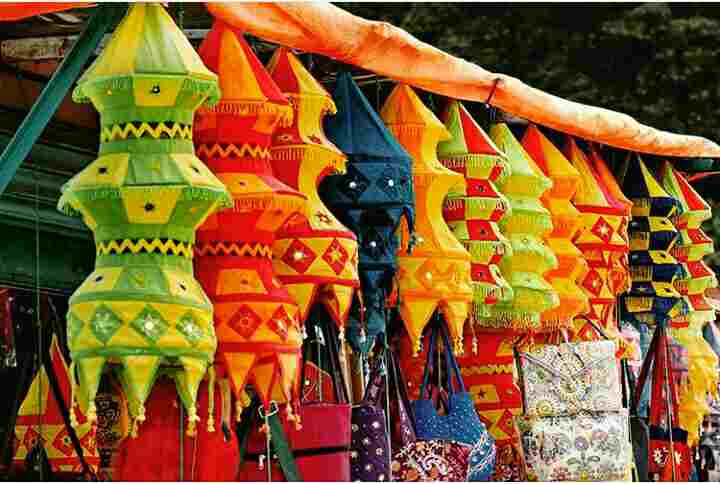 People making crafts have inherited them from their ancestors and this tradition has been running for centuries.

Each and every family of darjisahi, a well known applique village’s people are engaged in this applique craft. This is livelihood of most people here.

Applique crafts in done using colourful fabrics, mirrors, and threads. Many useful and daily purpose products are made using applique. Few are lanterns, umbrellas, bags, wall decors,lamps, and many more. Watching these colorful products is indeed a delight to eyes.

Kumortuli is a traditional potters’ quarter in northern Kolkata, West Bengal. The city is renowned for its sculpting prowess, which not only manufactures clay idols for various festivals but also regularly exports them.

The potters of Kumortuli, who fashioned the clay from the river beside their home into pots to be sold at Sutanuti Bazar, managed to survive in the area. Gradually they took to making the images of gods and goddesses, worshipped in large numbers in the mansions all around and later at community pujas in the city and beyond.

Aranmula, a heritage village on the banks of River Pamba, is home to the traditional craft of mirror making that dates back 500 years.

The Aranmula Kannadi or the Aranmula mirror – Made of metal, the mirror is an example of India’s mastery over metallurgical techniques. 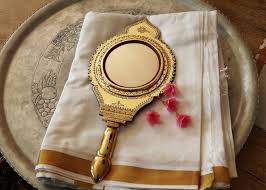 According to one popular tale, eight craftsmen and their families from Tamil Nadu were brought to work in the Parthasarathi temple. During the course of their work (some say as they were leaving for their homes in Tamil Nadu), the craftsmen presented a crown to the king that contained the mirror as part of the decoration. Apparently, while working at the Parthasarathi Temple with different metals, the craftsmen had come upon a special alloy that had sharp reflective properties and doubled up as a mirror. Pleased with their metallurgical skills, the king invited them to stay back in Aranmula. Some of them did and continued to make the special mirror.

The mirror is considered auspicious and a symbol of good luck.

This is now becoming a dying craft. Artisans are moving to high paying jobs as they are not getting the returns of the craft competition with the glass mirrors nowadays.

Asharikandi is a village in Dhubri district of Assam, and is one of the largest clusters of Terracotta and Pottery in India. 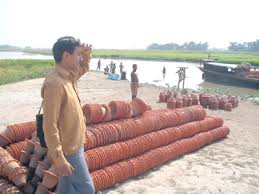 In early 19th century, a cluster of families of pottery community migrated from Bangladesh to Asharikandi and maintained their profession with innovation. Thus the Assamese terracotta art and culture took its birth at Asharikandi through a few cluster of pottery families. Today more than 80% families of this village are engaged in this ethnic art (handicraft) and pass their life after selling the terracotta items in the national and international markets.


Kondapalli Toys are the toys made of wood in Kondapalli of Krishna district, a village nearby Vijayawada in tAndhra Pradesh. Bommala Colony translates to Toys Colony in Kondapalli is the place where the crafting takes place. It is a 400 year old tradition.

To get a peek into how these toys are created, tourists can visit the Kondapalli village that is lined with stores selling colourful wooden toys. The village has also gained fame for the popular dancing dolls of Thanjavur that are now manufactured here.

Around 200 people from all families of the village are involved in this traditional art. The Kondapalli toys used to be a special part of the Sakranti and Navaratri festivals in older times. The artisans mainly work on producing figures of mythology, animals, birds, bullock carts, rural life etc., and the most notable one is Dasavataram, dancing dolls etc.

Let’s not let these art die and explore the immense art of these villages. Mention in comments, if you have anything to share.

Click Here To Know About Handicrafts of Other States of India

1 thought on “7 Must Visit Popular Handicraft Villages in India”